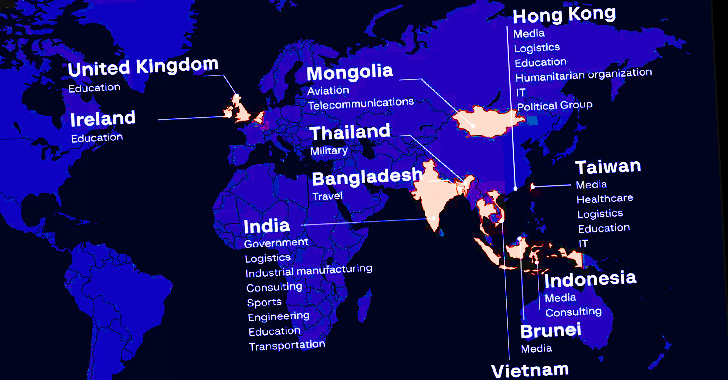 The Chinese advanced persistent threat (APT) actor tracked as Winnti (aka APT41) has targeted at least 13 organizations geographically spanning across the U.S, Taiwan, India, Vietnam, and China against the backdrop of four different campaigns in 2021.

“The targeted industries included the public sector, manufacturing, healthcare, logistics, hospitality, education, as well as the media and aviation,” cybersecurity firm Group-IB said in a report shared with The Hacker News.

This also included the attack on Air India that came to light in June 2021 as part of a campaign codenamed ColunmTK. The other three campaigns have been assigned the monikers DelayLinkTK, Mute-Pond, and Gentle-Voice based on the domain names used in the attacks. 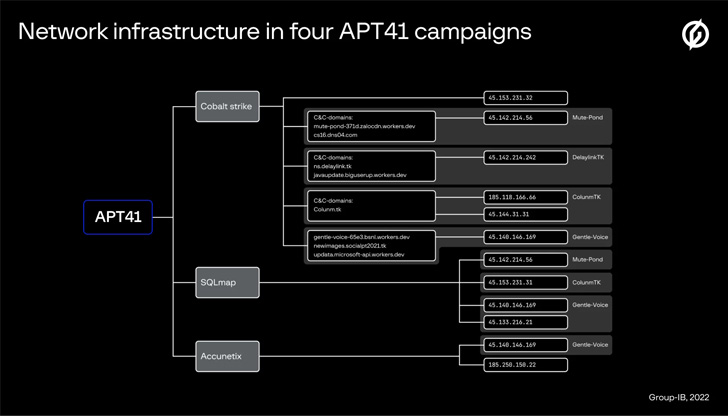 Describing 2021 as an “intense year for APT41,” attacks mounted by the adversary involved primarily leveraging SQL injections on targeted domains as the initial access vector to infiltrate victim networks, followed by delivering a custom Cobalt Strike beacon onto the endpoints.

Other actions carried out post-exploitation ranged from establishing persistence to credential theft and conducting reconnaissance through living-off-the-land (LotL) techniques to gather information about the compromised environment and laterally move across the network.

The Singapore-headquartered company said it identified 106 unique Cobalt Strike servers that were exclusively used by APT41 between early 2020 and late 2021 for command-and-control. Most of the servers are no longer active.

The findings mark the continued abuse of the legitimate adversary simulation framework by different threat actors for post-intrusion malicious activities.

“In the past, the tool was appreciated by cybercriminal gangs targeting banks, while today it is popular among various threat actors regardless of their motivation, including infamous ransomware operators,” Group-IB Threat Analyst, Nikita Rostovtsev, said.