BlackCat: A New Rust-based Ransomware Malware Spotted in the Wild

BlackCat: A New Rust-based Ransomware Malware Spotted in the Wild 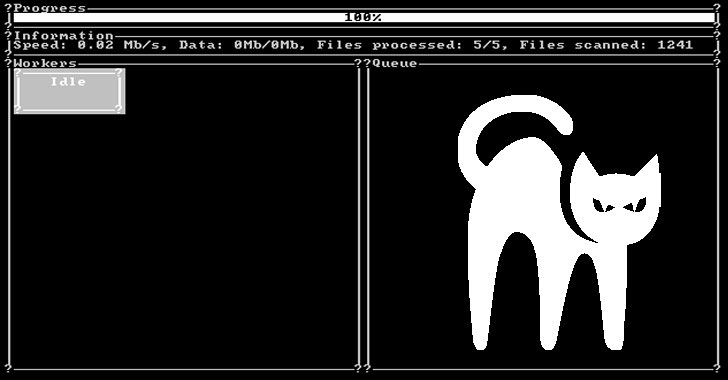 Details have emerged about what’s the first Rust-language-based ransomware strain spotted in the wild that has already amassed “some victims from different countries” since its launch last month.

The ransomware, dubbed BlackCat, was disclosed by MalwareHunterTeam. “Victims can pay with Bitcoin or Monero,” the researchers said in a series of tweets detailing the file-encrypting malware. “Also looks they are giving credentials to intermediaries” for negotiations.

BlackCat, akin to many other variants that have sprung before it, operates as a ransomware-as-a-service (RaaS), wherein the core developers recruit affiliates to breach corporate environments and encrypt files, but not before stealing the said documents in a double extortion scheme to pressure the targets into paying the requested amount or risk exposure of the stolen data should the companies refuse to pay up.

South Korean cybersecurity company S2W, in a separate analysis of BlackCat, said that the ransomware conducts its malicious actions by referring to an internal configuration like other RaaS programs, calling out its similarities with BlackMatter, another ransomware that emerged from the ashes of DarkSide in July only to sunset its activities in early November. 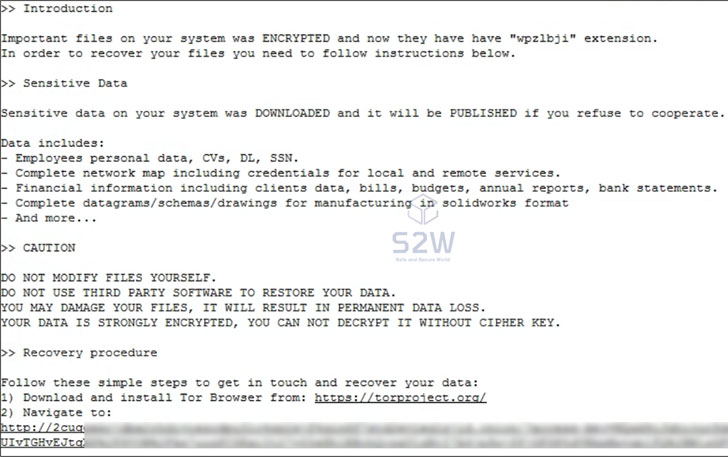 While it’s typical of ransomware groups to go underground, regroup, and resurface under a new name, the researchers cautioned against calling BlackCat a BlackMatter rebrand, citing differences in the programming language used (Rust vs. C++), the myriad execution options, and the dark web infrastructure maintained by the actor.

BlackCat, starting December 4, 2021, has been advertised on Russian-language underground markets like XSS and Exploit under the username “alphv” and as “ransom” on the RAMP forum in a bid to recruit other participants, including penetration testers, and join what it called “the next generation of ransomware.”

The ransomware actor is also said to be operating five onion domains, three of which function as the group’s negotiation site, with the rest categorized as an “Alphv” public leak site and a private leak site. Only two victims have been identified so far, suggesting that the nascent ransomware is being actively deployed against companies in real-world attacks.

Rust is also gaining traction for its ability to achieve high-performance compared to that of languages such as C and C++, while simultaneously offering memory safety guarantees that could be leveraged to create malware that’s less susceptible to exploitation and render them powerless.